All Indian cricket fans are aware of the 664-run partnership between Sachin Tendulkar and Vinod Kambli during the 1988 inter-school Harris Shield tournament. 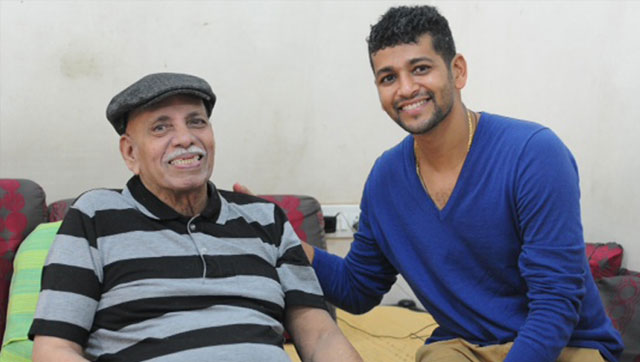 Tendulkar went on to win the highest laurels in the game of cricket, while Kambli had his moment of fame before fading away.

What very few know is that the next batsman slotted to come in this game was the 13-year-old Amol Muzumdar, who had put his pads on since the fall of the first wicket. Unfortunately for him Kambli and Tendulkar remained unbeaten and the innings was declared. This wait in many ways symbolizes his career, where he kept waiting for a call up to the national team, but the oppurtunity eluded him every time.

Amol Muzumdar called it a day after plying his trade in the domestic circuit for 21-years. He holds the record for being the highest run-getter in the Ranji Trophy. He amassed 11167 runs from 171 first-class matches, which included 30 centuries.

Amol’s spirit left a mark and batting made a statement. Best wishes and welcome to the band of retired! #AmolMuzumdar

Muzumdar started off his Ranji career with Mumbai, where he was handed the captaincy in 2006-07. Despite a poor start to the season, he led his side to the title.

After spending 15 years with Mumbai, he moved to Assam in 2009 and later to Andhra.

Muzumdar arrived on the Ranji circuit with a bang, scoring 260 in his maiden game in 1993-94 breaking the world record for the highest score made on first class debut, a record that still stands.

Congrats Amol Muzumdar on a outstanding career. One of the few cricketers who took a lot of pride playing 1st class cricket #inspiration

The scintillating debut was followed by many consistent knocks which saw him being billed as ‘the next Sachin Tendulkar’. He ended up winning seven Ranji titles with Mumbai.

Muzumdar made a very strong case for a call up to the national team, but Indian middle-order then boasted of the likes of Sachin Tendulkar, Rahul Dravid, Mohammad Azharuddin, Sourav Ganguly and VVS Laxman.

The man did no wrong, but for the fact that he was at his peak in an era dominated by the ‘Big 4’ in Indian cricket. Muzumdar though leaves behind a proud record in Ranji cricket and joins the pantheon of Mumbai batting legends.